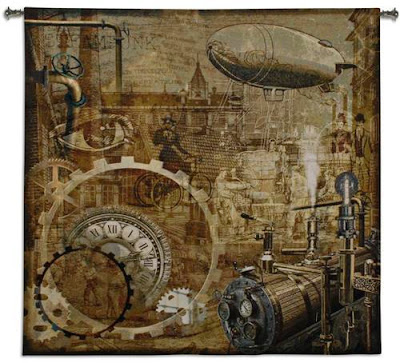 It's an old metaphor. A story is a tapestry of threads woven together. Useful to help visualise plot elements, but not completely accurate.

Threads in a novel come in many different shapes and sizes. Some are master threads, they begin at the start, and run through to the end, like the main character, an overarching theme, or the central conflict. These should run thick and strong through the entire manuscript, because they bear the bulk of the story's weight. If they fade in a portion of the book it normally means that section will be weaker, more likely to bore readers or cause them to lose interest entirely.

In fact, I would argue that any thread, once introduced, should not be ignored for too long. Either cut it and tie it off, or it must appear occasionally. For instance a character who is essential to the finale and is introduced early, cannot simply fade into the background for several chapters. Plot-threads and conflicts are the same.

All this seems obvious enough, but now that I think about it in these terms, I can see holes in my manuscript and in most of those I've read, even in many published novels. It's a surprisingly common problem. The next time you're reading a novel and you begin to lose interest part-way through, think about the threads. Most of the time they're the culprit.
Posted by Mark Fenger at 2:19 PM