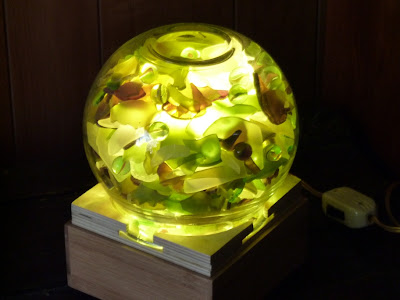 For Christmas I made my wife a DIY lamp. Maybe it's not exactly 'steampunk' but I like it. 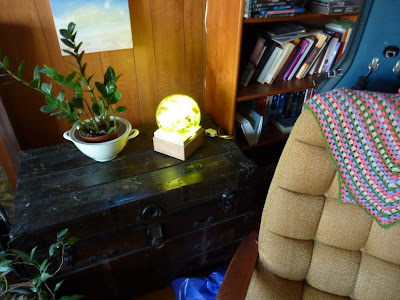 I intended to write it up as an instructable, but due to time constraints I didn't take pictures of the process. The whole thing is fairly simple though and should be easy to build if you have the tool-sense. 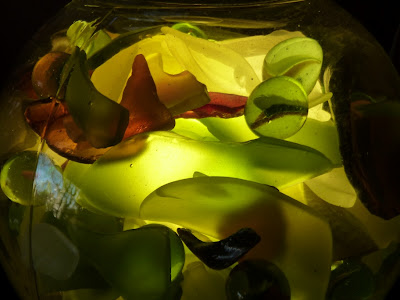 I bought the base at a hardware store as a pre-assembled box, and drilled a few holes in it for the electrical. The bulb is fluorescent to reduce heat (the lamp does get warm when in operation but only a little above body temperature on the top). 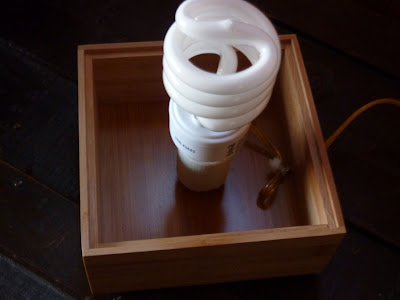 The top, decorative part is made from a fish-bowl with a 500ml Mason jar in the middle to make room for the lightbulb. Between the jar and the bowl, the space is filled with sea-glass (if you don't live near the ocean that's glass which has been tumbled in the waves along the shore until it's smooth and translucent) and marbles. I didn't have enough actual sea-glass collected so some of it was artificially made by smashing bottles and throwing the glass in a rock-polisher with some coarse grit until it was smoothed off a bit. 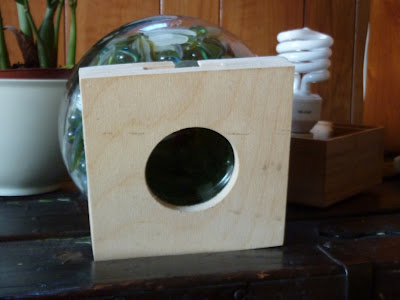 The base of the fish-bowl portion of the lamp is secured by four wooden brackets. They were the hardest part of the whole project and I had to borrow my father's workshop and tools to make them. They are glued to a square base with a hole in the middle for the lightbulb to fit through.
Posted by Mark Fenger at 1:29 PM 2 comments: