The Real Story Behind the Three Little Pigs

Very clever advertisement from The Guardian.
Posted by Mark Fenger at 3:14 PM No comments: 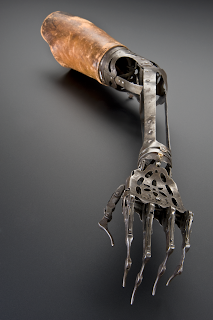 I've been looking into prosthetics for my latest novel and I came across some amazing examples of Victorian era ingenuity. The first, above is a one-of-a-kind mechanical arm currently in the London Science Museum. Built sometime between 1850 and 1910, it is one of the most 'Steampunk' looking artifacts of the actual Victorian era I've seen. All of the joints are flexible and lock in place so the arm can be posed for eating, holding cards, or whatever the wearer needs. The only thing it doesn't do is move on its own. 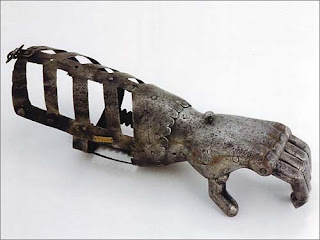 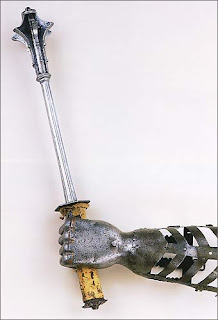 This hand is significantly older, created for Götz von Berlich (circa 1480-1562) after he lost his hand to a cannon-ball. He used it with both lance and sword and reportedly was quite effective in battle. 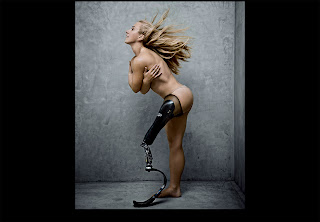 Last, a modern prosthetic. If you haven't heard, there was a South African runner who wanted to compete in the Olympics on these, but the IOC blocked him, saying that the prosthetic legs gave him too much of a competitive advantage. Who says the Six Million Dollar Man was Science Fiction?

'Pologies for the lack of updates, they'll be more frequent in the future.
Posted by Mark Fenger at 3:21 PM 1 comment: