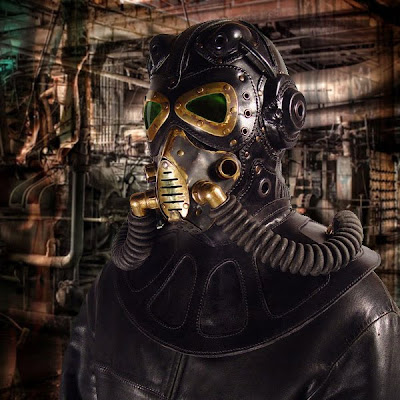 Dragomir is the villain. He is the most brilliant scientist of his generation, but like so many scientists of the nineteenth and early twentieth century, he feels that the betterment of mankind is such a noble goal that individuals should, in fact must, be sacrificed. Today we think of the scientists who performed potentially lethal experiments on human beings as sick, twisted and evil, but not so long ago it was perfectly normal. Until the 1960s for instance, it was regular procedure at one American hospital for any woman having a gynaecological exam to be injected with a cell culture of cervical cancer, often causing that woman to develop cervical cancer herself. Dragomir is the product of that sort of thinking.

Normally Dragomir is so wrapped up in his own work that he is completely unaware of anything that happens outside of his own laboratory. As long as he receives a steady supply of 'subjects' for his experiments there is little else he wants or needs.

He was deeply involved in the experiment which released a steady flow of aether into the world nearly a hundred years ago, but from the beginning he always considered that experiment a failure. For most of the intervening time he has worked on developing an experiment that would produce a perfect rift to the aether, which would give him enough for his experiments without having to kill any more subjects for the small burst of aether he can use as they expire.