Most of what I post here is just imitation or interpretation. Very few people can afford the level of workmanship that went into genuine Victorian-era luxuries, and those who can afford it seem to prefer spending their money on Botox and pool parties where they can show of their newly Botoxed faces (at least that's what I've learned from the popular media, my own experience is limited).

The real thing is a whole different packet of crisps. 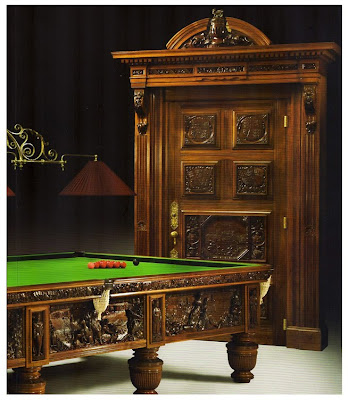 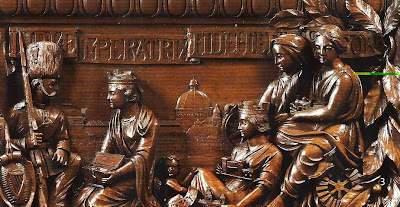 Top is a the full view of a billiards table built for Queen Victoria's jubilee in 1887. The cabinet in the background is for scorekeeping, behind the door is storage for cues, chalk and balls. Lower picture shows detail of the table which is covered in carvings depicting pivotal events that led from William the Conquerer to Queen Victoria. 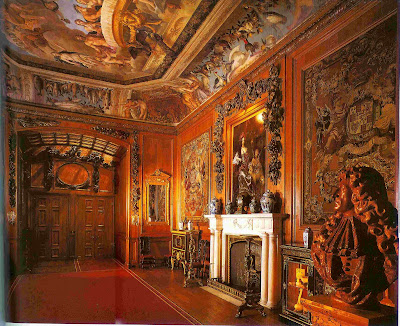 The King's dining room at Windsor contains work from the 1600's onwards, but in my mind really represents the kind of opulence of the era. Enough art to fill a moderate-sized gallery packed into one room. 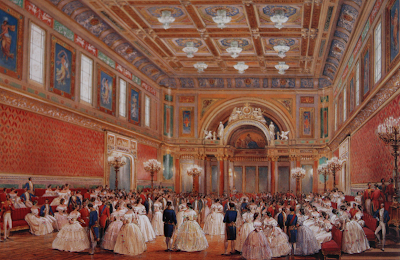 The Ballroom at Buckingham painted during the time of Prince Albert and Queen Victoria. The deep reds and blues, offset by gold trim make it just seem royal. Colour combinations which would be garish for smaller, less opulent spaces just work amid the lush settings. It would really have been something to see in its day. 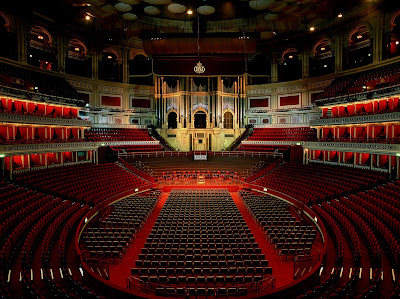 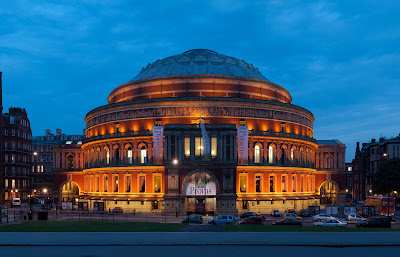 Royal Albert Hall was completed after Prince Albert's death and named in his memory. Truly they do not make theaters like that anymore.
Posted by Mark Fenger at 1:49 PM