Victorians were probably not the worst for generating silly pseudo-scientific ideas about the natural world, but they did have some inspirationally bad theories. 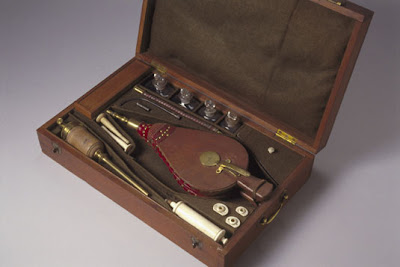 For instance, the above kit, which was kept at emergency stations along the Thames in the late 18th and early 19th centuries in case of a drowning was considered as important as artificial respiration. It contains several vials of tobacco. A pipe to get the tobacco smoldering and a choice of bellows or syringe to insert the smoke rectally.

Yes, there's a literal truth behind the expression about blowing smoke up the ass. 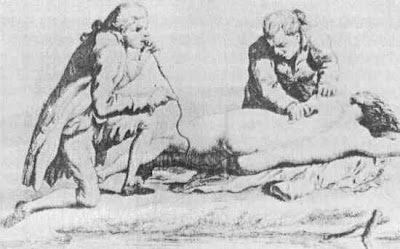 Tobacco smoke enemas were commonly used to treat hernias and cholera as well.

Then in 1811, a scientist named Benjamin Brodie had to come along and explain that nicotine actually impedes circulation, so by the middle of the 19th century the kits had mostly fallen into disuse. Party-pooper.

I suspect the only reason they ever thought it was an effective treatment was because a few fakers got this treatment and 'revived' suddenly upon having a metal tube, followed by hot smoke forcibly inserted in their nether regions.