I was inspired last week by Kimberlee Turley who said she didn't think abandoned theme parks really existed outside of fiction, where they seem more common than Starbucks in the real world.

So I thought I'd seek some out. 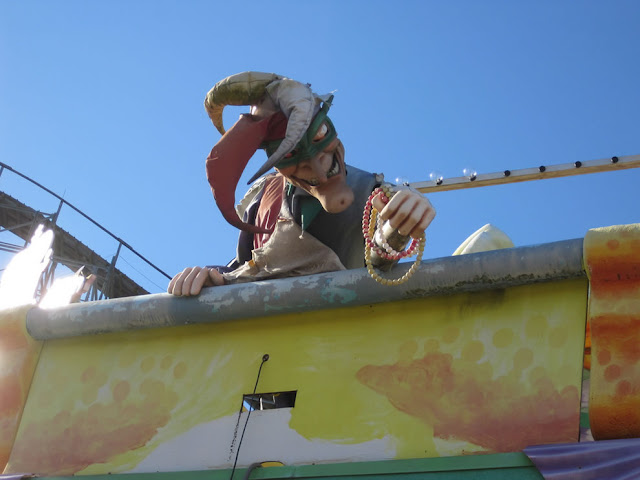 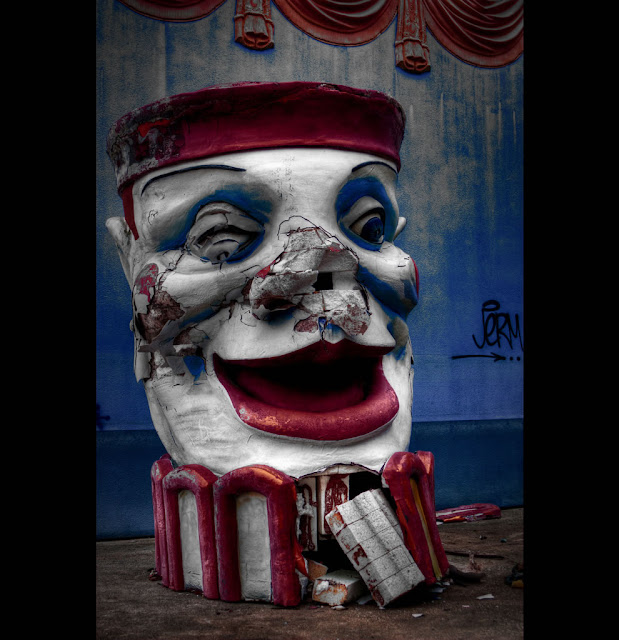 Deranged clowns, falling into decay. I think these guys were creepy when they were new. 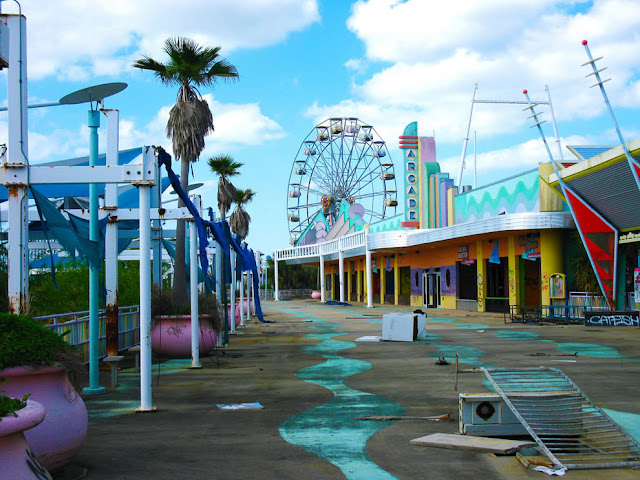 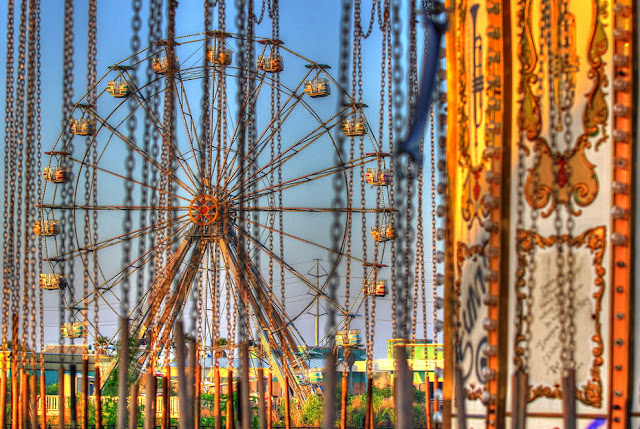 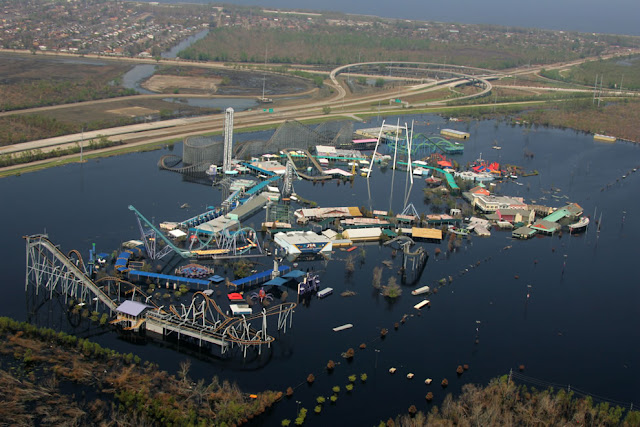 This is what it looked like in 2005. These photos were found at lovethesepics. 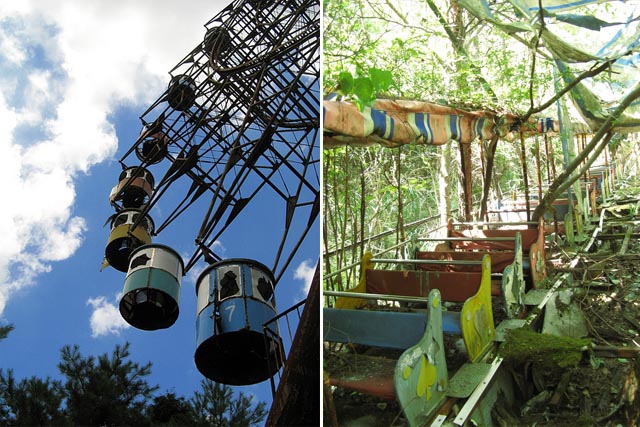 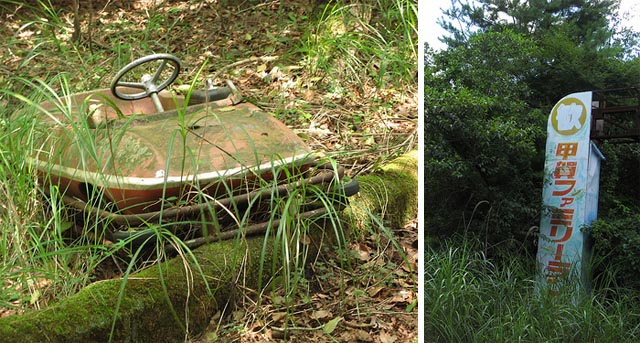 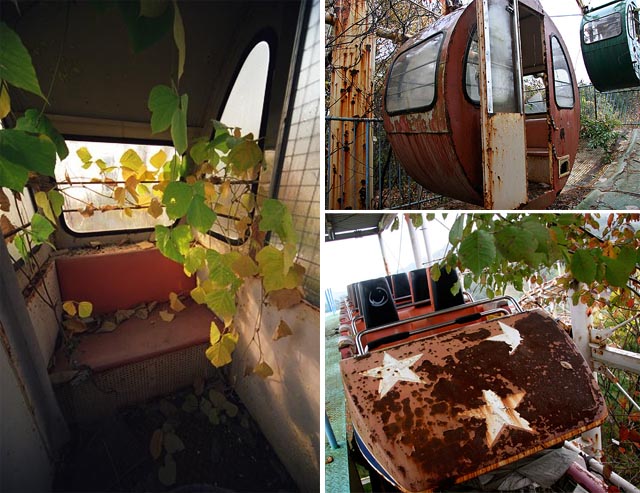 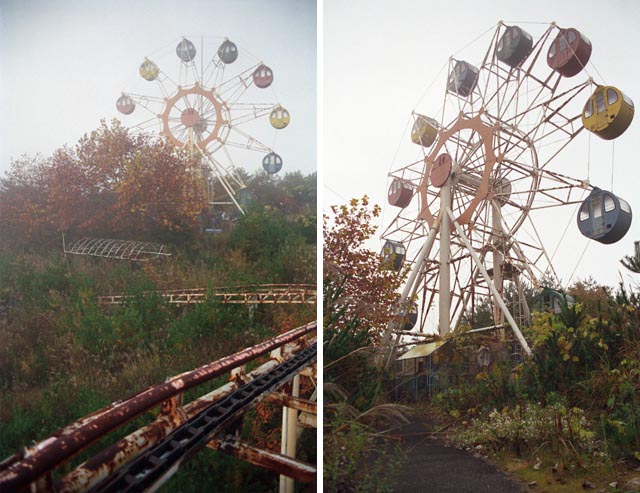 The four photos above are from Koka Family Land in Japan. Photos by Olivier Malosse. Not the best collection of pictures I found, but I love the way nature is reclaiming this park. The overgrown rides look like something just begging to have their story told. 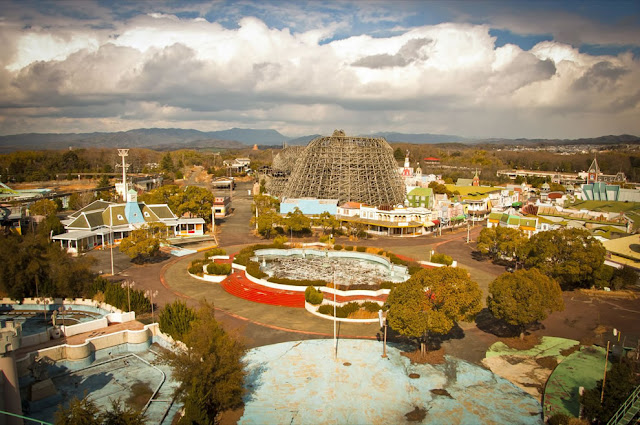 This is Nara Dreamland, again in Japan. 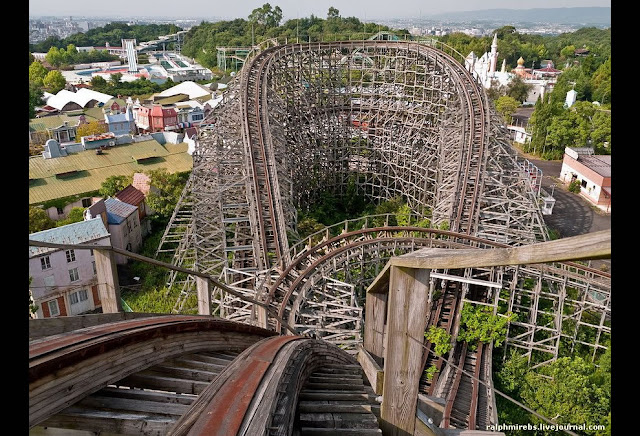 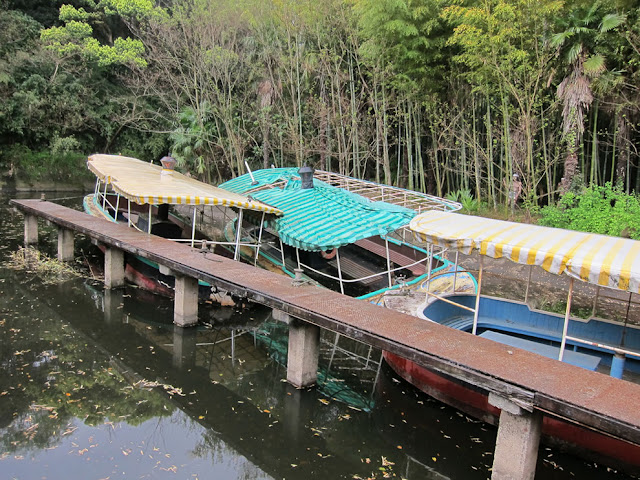 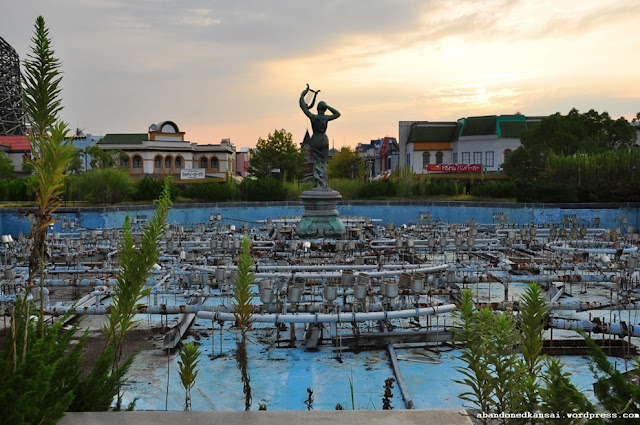 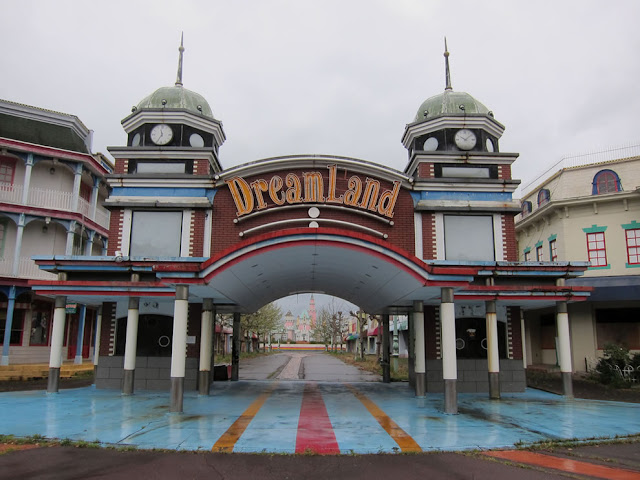 Spirited Away anyone? The clock towers on the last picture really remind me of that movie.

I thought it might be a challenge to find good pictures of abandoned theme parks when I decided to take Kimberlee's comment to heart last week. Turns out I actually had a harder time sorting through all the pictures than finding them. I could do another five posts like this one and still have more to explore.

Makes me want to travel to some of these places and check them out, though I understand the first and last ones are actively patrolled by security guards, so if you want to go on a photo safari, be stealthy.
Posted by Mark Fenger at 1:40 PM

I love these. What a setting for a story!

That is really awesome. Love the theme park under water.

These are really amazing, and very inspirational. I had a small scene set in a tiny, abandoned amusement park, but just looking at these pics makes me want to go back and edit in some more details and colors.

That first picture with the clown could really inspire nightmares, haha.

I can see some Spirited Away in this, haha. But mostly Paprika.

I remember that underwater New Orleans theme park picture from way back when. It's really sad

Wow. Love these photos.
They are eerie, sad and beautiful all at once.