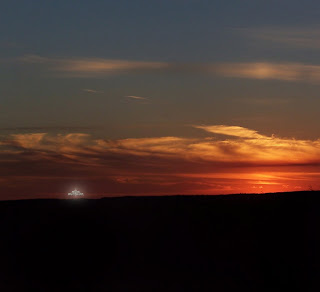 The first draft is finished. Sort of. It has been written to the end, let's put it that way. The climax and the follow-up, even a short epilogue. All done.

Now I am editing and filling in. As an author I tend to be very direct and to the point. Nearly every scene I have written to this point is directly relevant to the plot. But I have created a world that I hope will entice readers to stop and smell the roses now and again, which means I need to go back and plant a few. Here is a sample, I hope it smells sweet.

Konrad helped Tinibu and Grover out while they worked on the fourth aircraft in their wing of fighters. Tinibu dangled over the side of the biplane's turbine access hatch, held up by a thin hemp rope and a mesh of canvas straps he wore like a vest. Beneath the aeroplane, flapping in the wind, was what the mechanics on Kharkov called a diaper, a large sheet of netting, designed to catch anything the mechanic might drop by accident. Grover and Konrad stood above, lowering tools and parts on long cords to Tinibu whenever he called for them. The sun had just passed over the horizon, so Tinibu was closing up for the day.
Konrad glanced up and saw a glittering jewel in the distance, set against the dusky sky. He pointed it out to Grover.
“What is that?”
Grover looked up and smiled. “Paname. The most beautiful sky-city. I have only visited her once and I fell in love. One day I will go back. I save a bit of my pay so I can live there when I retire, find a nice French girl, settle down and raise a family.”
“That is a worthy ambition.”
The city drifted closer, Konrad could make out individual lights glowing in the sky. It had towers and what looked like bridges on the upper surface. Whereas Himmelberg was lumpy and misshapen, every line of Paname seemed planned. Konrad had never considered before that something so large could appear graceful. The entire city sparkled, like a sky full of stars, compressed to the size of a city.
The little man sighed. “It is a pipe-dream Konrad. I would need to work a hundred years to save enough, but, a man has to have dreams. Mine is La Ville-Lumière.”
Tinibu cleared his throat below them. “If you two lovebirds are just about done admiring the view, I am ready to be hoisted up.”