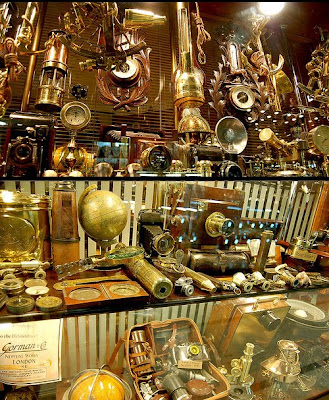 Well, I'm nearly there. Less than two weeks to go and I'll start sending out some queries. In the meantime I've prepared an excerpt to submit to The Magazine of Science Fiction and Fantasy and a few other places.

Here is an excerpt (from the excerpt) describing Terra do Pao, a district to the south of the volcano on the island of Pico in the Azores.

Then it was Flight Three's turn to step into the elevator. The lift swung in the breeze on the way down. Konrad's nostrils began to sting from smoke, garbage and the smell of millions of humans pressed together in close proximity.
The view was spectacular though. The setting sun cast a reddish light on the volcano to the north. The streets were already in shadow and streetlights were flickering on, illuminating the teeming masses of people and machines below.
After waving good-bye to Tinibu, Konrad, Grover and Zylphia wound their way through the busy catwalks of Terra do Pao. All manner of bizarre contraptions zipped along the streets at breakneck speed. Velocipedes, like the one Konrad had ridden north from Paris were common, some had a small carriage behind for passengers and accepted a fare for transport. There were steam cars and trucks, even a few steam-powered velocipedes which wove in and out of traffic at speeds that made Konrad fear for the drivers' lives.
Most pedestrians kept to the network of bridges and catwalks suspended about six metres above the streets. Steam pipes passed through the entire district, providing heat for the caliphos lights. In some places small leaks in the network of pipes sent shimmering clouds of mist into the night. Shops at catwalk-level sold a dizzying array of merchandise; clothes caught Konrad's eye, especially some which he felt should not be displayed in public, let alone actually worn by a woman, there was all manner of food for sale, alongside jewelry, watches, firearms, knives, swords, artwork, and a hundred other things he could not identify.