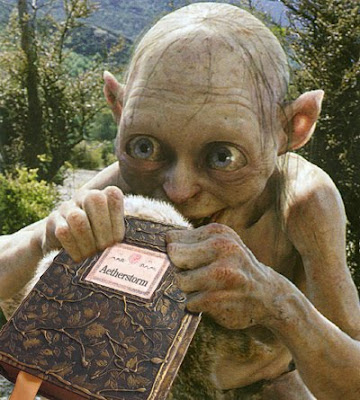 I want to get my book out there. It is not perfect, but I am resigned to the fact that it will never be perfect.

Right now, my plan is to revise until the end of the month, then send out queries to a dozen good agents. If I don't get a very positive response (at least 2-3 full requests) I will revise further. I made the mistake last time of querying everybody before the manuscript was truly ready so I'll pull it if the response isn't good enough.

Maybe that's overly ambitious, but, if I can't attract an agent fairly quickly there must be something wrong with the book. I don't want to publish a book that sells a few thousand copies. I don't have to be the next Stephen King, but it would be nice to earn a solid living as a novelist. That's all I ask.

In the meantime I plug on, improving the manuscript a little at a time, impatiently waiting for the first round of query responses.

Maybe I'm just a rejection addict. I spent most of last year querying my previous novel, I haven't had a rejection in my inbox in a few months, it makes me antsy.
Posted by Mark Fenger at 5:05 PM