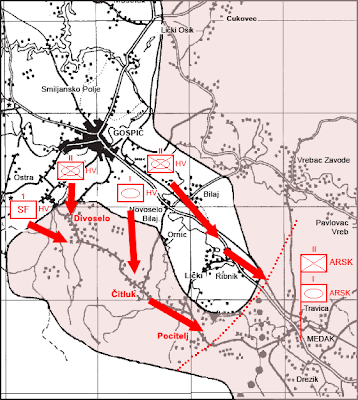 I've been thinking a lot lately about my personal history. What brought me here? I remember I wanted to be a writer in High School, but I don't remember why. I suppose it's because I was such an avid reader. Anyhow, I had no clue how to put a novel together. I wanted to write fantasy, and I'd spend all day drawing maps, and imagining places, but I never got so far as to create characters, never mind an actual story for my novel.

I did create stories and characters, just not in a way that I saw as a step towards writing at the time. I created RPG campaigns for my friends and at night, before I fell asleep I scripted stories in my head, one instalment a night in my ongoing adventures. In fact I still do that sort of pre-sleep daydreaming, but these days I try to focus it on whatever I'm writing at the time.

Anyhow, after High School I didn't know what to do. I had no clue how to step towards becoming a writer, all I knew was that most of the writers I read had fascinating backgrounds. They'd travelled, done a wide variety of work and just seemed like they'd been around.

So, with the naiveté of youth propelling me forward, I joined the Canadian Army. I wanted to sign up for the infantry but, after a battery of tests they thought I'd be better used as an electronics and optical technician. Anyhow, you've seen the movie, you know what training was like, more or less. One of the guys in my basic training platoon was an ex-US Marine. After five years in the Marines he said Canadian basic was the toughest thing he'd done.

Fast forward through three years of training, exercises, boredom on base, more training etc. By this time I'd entirely forgotten my dream of writing a novel, but I still wanted to DO something. I'd arrived with my regiment while they were all off peacekeeping in Cyprus and they weren't deployed again the entire time I was there. I knew the Army was not the right place for me, but I didn't want to give up the dream of actually getting involved in something bigger than firing blanks at an 'enemy force' who was firing blanks back at me. So I transferred to the reserves, and a year later the call came for volunteers to go peacekeeping in Croatia.

Here is where the history part comes in. During my tour there was a small, but significant engagement in a place called the Medak Pocket. At the time I had no idea it would be later deemed a historically significant event. I wasn't actually there, only a few dozen of the Second PPCLI can claim that, but I was in the radio room that night, I heard it all in short bursts. The Croats were moving in on the poorly armed Serb defenders (the opposite of the dynamic in most of the rest of the former Yugoslavia). A few platoons of our boys were sent in. They drove right up in their APCs, right in between the opposing forces and began to dig entrenchments. Our orders were not to fire, unless fired upon but, being in the middle meant that when the Croats started shooting at the Serbs, they fired right over the heads of the soldiers in the middle. Close enough!

Afterwards the officer reporting the engagement was audibly shaky on the radio. The Sergeant manning the radio had to guide him through the report. Officially the Croatian forces opened fire on Canadian peacekeepers. The Canadian troops returned fire with assault rifles and light machine guns. Sixteen Croatians died and none of our guys were injured. The Croatians left, tails firmly tucked behind, and they never came back.

Why was this historically significant? Because two years later the Serbs massacred 8,000 Bosnian Muslims in Srebrenica in a nearly identical scenario. Only those peacekeepers stepped aside, and let the Serbian troops in. The Battle of the Medak Pocket became the big argument for peacemaking rather than peacekeeping.

So I was part of a historically significant event, if just as an observer on one end of the radio. Imagine that.

All these experiences and many more, in some way I can't really explain, brought me back, full circle, to the guy who dreamed about writing novels. Only this time I think I actually have a story to tell, and hopefully the maturity to do it well.
Posted by Mark Fenger at 8:26 PM

Thank you so much for your service in the Canadian Forces Mark.