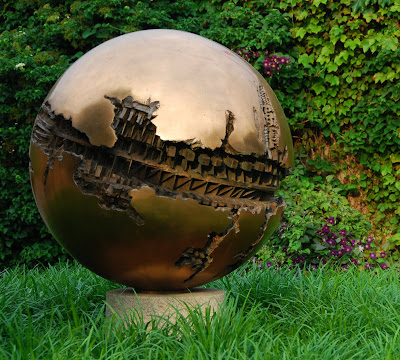 I love exploring new worlds as I read. It's one of my favourite reading experiences. However I often find books which introduce me to an entirely original setting that fall completely flat because the constructed world is inherently unbelievable. Which is why I've created a few guidelines for use in my own writing to keep myself honest and my creations believable.

1) Things must have rules. I remember the first time I encountered a world where magic had rules, The Belgariad series by David Eddings. His system of magic obeys the first law of thermodynamics, you cannot create or destroy energy/matter. Before casting a spell, Garion had to learn to draw in energy from his surroundings. It was a simple rule, that had no real impact on the story, but it made the world feel far more alive to me. The rule that a sorcerer cannot destroy matter actually did have an impact on the plot of course.

2) Inventions must be more effective than the things they replace. Whether it's Science Fiction or Steampunk, I see it all the time. I suppose it's partly my military background, but when I watch a show like Star Wars or Star Trek (especially DS9) it bugs the hell out of me that their weapons are inferior to what we field today. Think about it, how often are they stuck in a corridor, shooting single shots back and forth >pew< >pew<, most of which serve only to throw some sparks from a wall. Haven't these people heard of automatic weapons? Or, better yet, hand grenades?

3) The world must have internal consistency. Obviously many things will not be 'realistic' in a made up world. Magic will always disobey fundamental laws of physics, that's the nature of magic. However, I believe it detracts from the world when the author tells, or shows the audience how magic works and then breaks those rules because they weren't paying attention, or because it was an easy way out of a plot-hole they'd written themselves into. Likewise, don't tell me one minute that an airship has static buoyancy so the weight on-board must be balanced perfectly and then later have it flying at 8,000 feet. The atmosphere is at 75% of its sea-level density at 8,000 feet, so on a static buoyancy craft you'd need an incredible amount of lift from engines or you'd have to drop 25% of your weight to fly that high. And don't get me started on how much impact 200 Kg of mass would impart on a vehicle much larger than the Hindenburg (which had a gross lift of 242 tons).

4) As much as possible, the society should reflect any changes you've made. If magic is freely available, and practitioners can cast spells with lasting effects then most households would probably have a few magical conveniences like refrigerators or fire-starters for instance. If your story is steampunkish, takes place in pre-civil-war America and you decide it's easy to build robotic constructs, then that would have a significant impact on slavery, which might mean the civil-war never happened, or the war might have been fought for entirely different reasons.

The more you apply rules and logical extrapolations upon your world the more of those satisfying worldbuilding details will come out in the end product. Even if all the details don't make it into your book, just having them in your head can't help but enrich your world. So get out there and build a cool new world that feels so real readers get lost in it. When you do, drop me a line, I'd love to read it.
Posted by Mark Fenger at 10:16 PM