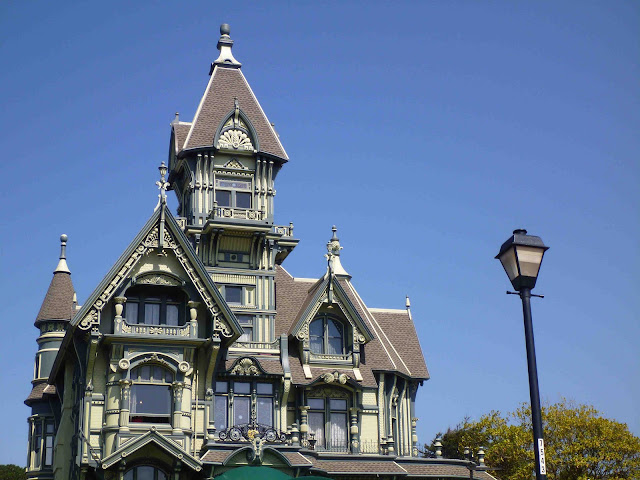 I love Victorian era architecture. The attention to details, the towers, spires and large windows really achieve a pleasing overall aesthetic. I want to spend a couple of days exploring a house like this, checking everywhere for secret doors and passages. It must have some. Isn't it against the law for a house to look like that and not have secret passages? If it isn't it should be. 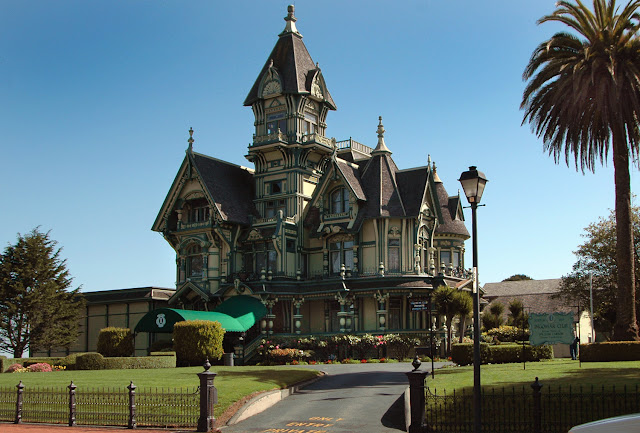 The above two pictures are of the Carson House in Eureka California. Unfortunately it is no longer operating as a single family house. Now it is home to the exclusive Ingomar Club.

William Carson, the first owner, earned his wealth by inventing the Steam Donkey, a winch system for hauling logs up from hard-to-reach places. The foundations were laid in 1884, and William's daughter sold the house to the Ingomar Club in 1950. 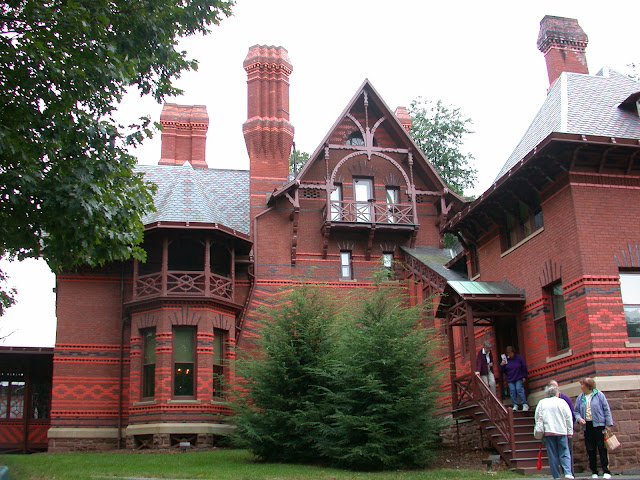 Probably you'd never heard of William Carson before. This house was built for a more famous man, Samuel Clemens aka Mark Twain.

This is another fantastic house. If I could have any house in the world, location notwithstanding, it would certainly make the short list. Not only the fantastic architecture, but the feeling that, maybe, some of the previous owner's magic still resides there. 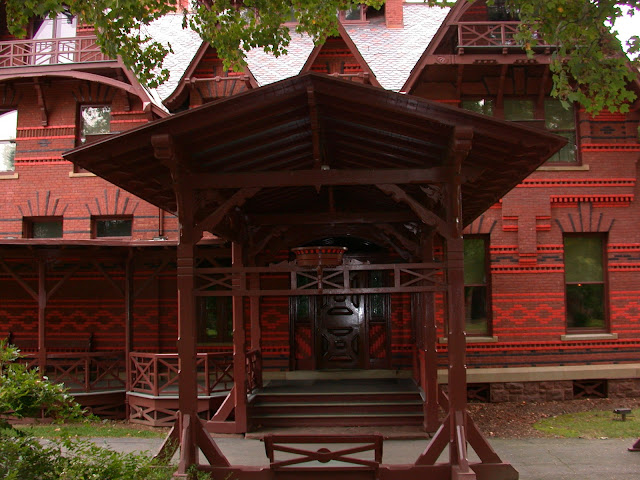 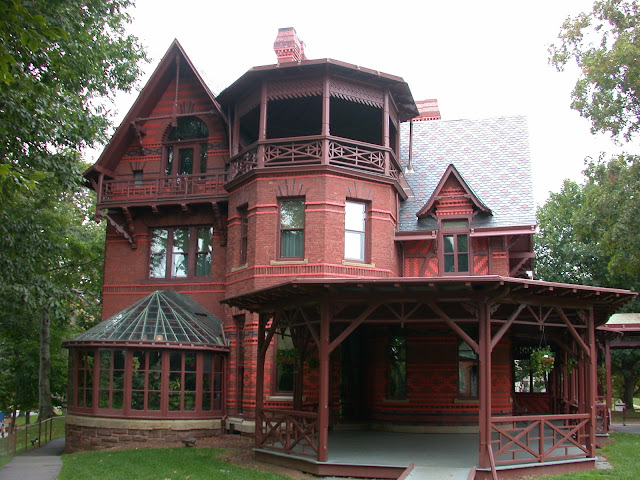 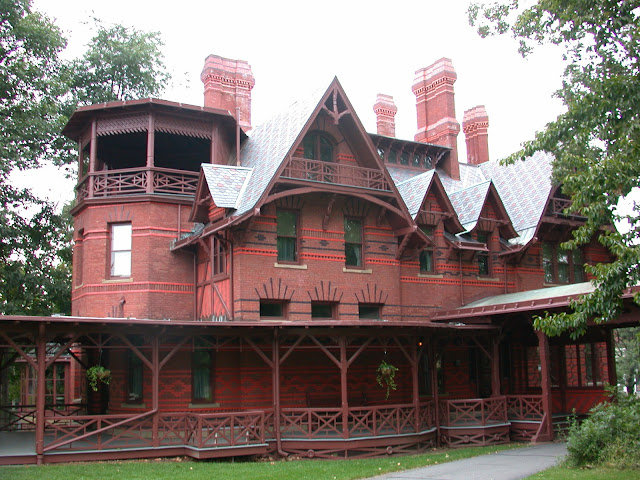 Built in 1873 in Hartford Connecticut it is considered one of the finest houses of the era in North America. 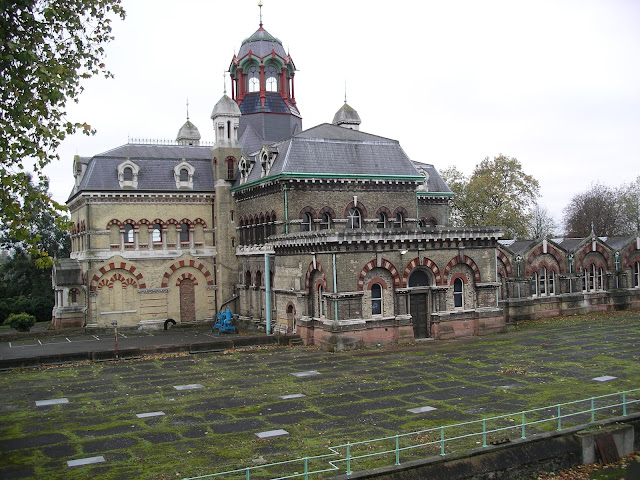 Abbey Mills, film location for the exterior shots of Arkham Assylum in Batman Begins, and an A-ha music video (seriously dating myself here). It certainly looks like it could have been a house once.... In reality it's a sewage pumping station. Seriously, the Victorians took such pride in their civic infrastructure they built this wonderful looking building for the sole purpose of poop-pumping.

Well, that's all for this week folks. Please comment if you liked anything or you have a suggestion for future blog topics!
Posted by Mark Fenger at 2:19 PM

I toured the inside of a Victorian house and was worried the whole time that the floor was going to fall through.