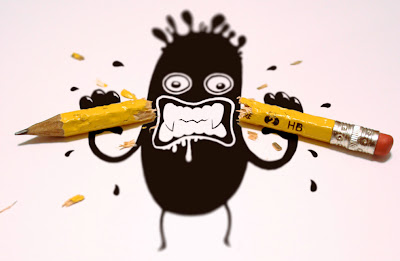 For those who do not write novels, querying is sort of like applying for a job, it is the process by which you sell a novel (at least the first one). The normal process is, you submit a specially formatted letter which explains in general terms the content of the book, often it is accompanied by a few pages of the manuscript. That is sent to agents and publishers. If any of them are interested they will normally request a 'partial' which can be anything from 10 - 50 pages. If they like that they will request the 'full'. Then they decide. With any given agent or publisher the process can take several weeks to half a year.

Querying is hard. It's soul crushing and lonely. Weeks and months can go by with nothing but a stream of form-letter rejections. Some places do offer comfort though, absolutewrite has a great thread in the Rejection and Dejection forum called "The Daily Rejection" where people go to share their rejections and lack of responses. It's quite comforting to know you're not the only one.

My last novel ended with a prominent agent loving the partial, requesting the full with high hopes (she said she'd "love to read the full manuscript"). Then, ultimately she gave it a pass, saying the writing was of the calibre she'd expect in a client but the book wasn't unique enough to stand out in the marketplace.

The whole experience, from first query to last took about eight months. I revised the book twice with massive overhauls and ultimately it fell a bit short. But...in the end, someone told me my writing, my voice and all were not only good they were great! In spite of the fact it was all a failure I managed to pull a positive out of it. My next book will not get lost on a shelf of similar titles. It may have the opposite problem of being too out there but I doubt it. Far from being a downer I found the final rejection on my previous novel all the more reason to kick things into another gear.
Posted by Mark Fenger at 3:30 PM

I am very familiar with that pain. I have 74 novel rejections, but they are showing a definite trend toward acceptance. May I ask who the agent was? I'm trying to get a better sense of the agent scene. You can tell me privately at fellissimo at hotmail dot com. What country do you live in, by the way? I'm Australian.

I sent you an e-mail. Thanks for stopping by.