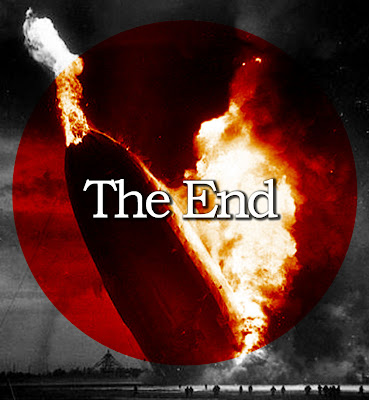 I'm reaching the end-stage of plotting the sequel trilogy to Aetherstorm, so naturally I've been thinking a lot about endings lately. I think readers will find the ending to Aetherstorm mostly satisfying. The main conflict is resolved, but our hero, Konrad, does not exactly live happily ever after, and the antagonists are not punished in a really satisfactory way.

I plan to end the Aether Cycle on book four, the third book of the trilogy, and leave the world I've created for good. So the ending to the series has to be completely satisfying, to me and my audience.

The problem is that there are irresolvable conflicts (see the previous post). Short of genocide, there will be war in this world. I can live with that, some conflicts are not meant to end, and it gives things a certain feeling that life really does go on, unlike a fairy tale there simply is no such thing as happily ever after.

A lot of the characters will die, although it saddens me to kill them, there are some I have created who I am really going to miss, but if ya wanna make an omlette... Other characters will live of course, and I want to leave them in a better place than I found them.

The antagonists must get their comeuppance. For everyone else, life goes on, much as it was before. Anything else just wouldn't ring true to me, real life is too complicated.
Posted by Mark Fenger at 2:23 PM