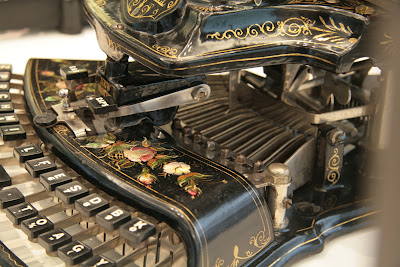 As I've discussed before, I started on my latest manuscript with the intent to keep it dark and gritty. The actual Industrial Revolution was not a very pretty time for most people. Well, it's really starting to take shape now. I'm 45 pages into the first draft and I know where things are going. The path is a little fuzzy in parts, but I know how the novel ends now.

I am finding it much harder to write than my previous novels though. For those I set a quota of 2,000 words a day, and almost never failed to hit that mark. For this one I'm lucky to get 1,000 words a day. Partly because it is more closely related to our own history, and I have to pause quite often to research bits of information. Was the catalpa tree in front of St. James Church on Piccidilly around in 1911? I looked up pictures of the church, but it took me nearly a half hour to find out if the tree had been there when Robert Bexley visited there in 1911. Apparently not, one source said 'around 1900' whereas another said 1929, the latter seemed more accurate. Maybe that's just a boring detail, but I find that getting the little things right lends an air of authenticity (although I no doubt have made mistakes and will be properly strung up by the history buffs when the book is released). The other reason why the going has been slow is that it's hard, putting myself in Robert's shoes. Things pick up for him later, but at this point his life really sucks, and I have to be right there in my head for it to strike the right emotional tone.

Well, with any luck I'll be done the first draft before the end of December.

The other thing this novel has been giving me difficulty with is the title. For my last two I had titles fairly early on that sucked, but I could leave them alone, later as the manuscript evolved the right title just came to me and I'm happy with how they came out. With this one it's like a scab I can't stop picking at. So far it's been, "Dark Mechanics", "Dark Machinations", "Under an Iron Moon", "Heart of Iron", and "Perpetual Motion". None of which works, or makes particular sense. I'm tempted to change it again, this time to, "Ghost in the Machine", but that's too close to "Ghost in the Shell".