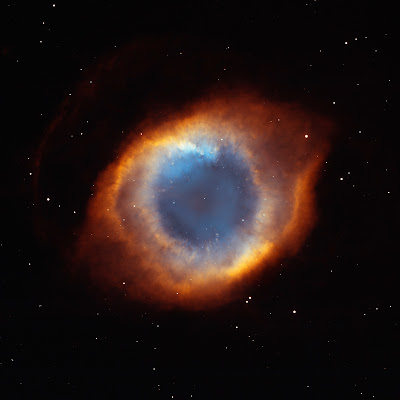 Sorry this is a day late, long weekend for Turkey Day here in Canada.

I am constantly in awe of the Universe. The incomprehensible enormity of it all, as Carl Sagan used to say biiillions and biillions... A billion doesn't really mean anything to me though. 1/7th of the population of Earth, grains of sand on a beach, whatever your comparison, it's just too large a number to grasp. Then to think there are hundreds of billions of galaxies, most of them with hundreds of billions of stars. Numbers that high cease to have meaning that a human brain can properly understand. Here are some pictures I like to look at to help me wrap my brain around the subject.

This is Galaxy Messier - 101, also known as the Pinwheel Galaxy. It has around 100 billion stars, which means it's about average-sized as far as galaxies go (they range from around 10 million to 100 trillion stars). 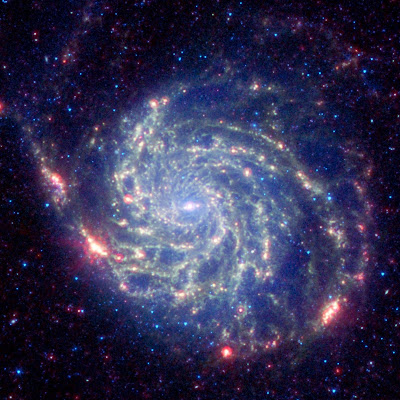 This is the Hubble Deep Field picture. It shows approximately 3,000 galaxies, of an estimated total of 170 billion galaxies in the observable Universe. 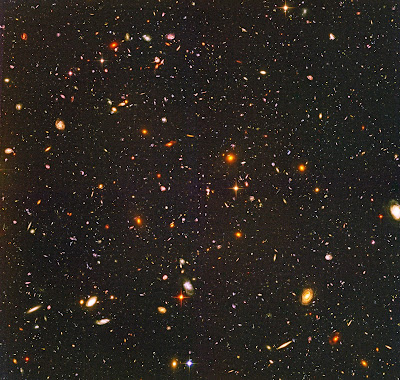 What inspires you? I'd love to hear your thoughts, or suggestions for future Monday Inspiration posts.
Posted by Mark Fenger at 10:11 AM

Email ThisBlogThis!Share to TwitterShare to FacebookShare to Pinterest
Labels: inspiration