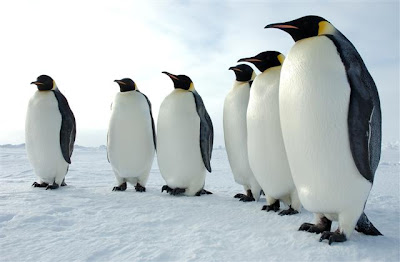 Well, yesterday's post was just slightly ahead of its time. About fifteen minutes after I made that blog post, whether through Karma for making light of the situation in Japan, or mere impudence, my drive finally gave up the ghost.

I spent a good chunk of time last night and again this morning trying to fix Windows or at least install it on a spare drive with no luck. Then I threw up my hands in disgust and decided I would just use Linux to recover everything and then switch back to windows. Under an hour later I have Linux installed nicely and I'm getting all the system settings where I want them. It has all the tools I need for writing and seems generally smoother and more user friendly than Windows. It even seems to be doing a good job of copying my old drive so I won't lose any data.

I'll keep Windows, just in case there's something I can't do in Linux, but so far I haven't found anything.

In a few days I hope to forget all about Windows. I'm sure there will be flashbacks, like a Vietnam veteran sleeping under a ceiling fan. But I'll get over it.
Posted by Mark Fenger at 3:31 PM

Happy to hear your hard-drive troubles are over! (hopefully)

Thanks Elle. Yes, things are back on track now. I had a week off while my wife was away and the little one was sick, no fun. At least my computer has been working flawlessly since I switched.