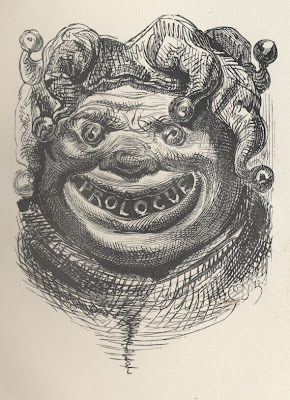 To follow up on what I was saying yesterday. Here is a before and after on one of my prologue fixes describing a riot.

For three days the rioting continued unabated. Elsa began to worry for her baby, even though it seemed like the Institute for Science and Technology was the most secure building in Berlin. A ring of guards protected it day and night, armed with steam-guns and rifles. When the army couldn't control the violence any longer they gassed the streets. Thousands of rioting synari died alongside hundreds of humans, including the Institute guards, who had received no warning.

Simply a quick summary of events. I thought it worked but a lot of readers found it confusing and/or too distant from the action to be interesting.

Utte ran from the police with a crowd of fellow synari. Moments before her best friend Heinrich had been shot while trying to storm a blockade. She helped him to his feet as he stumbled, clutching at the hole in his side. She led him through the swirling mass of grey synari, up to a door stoop, out of the crowd.
“We have to get you off the street.”
“I think it is too late for me Utte.” He pulled his hand away from the wound to show her. Blood came gushing out.
“If we can get you to a doctor, I am sure they can fix that.”
“Utte, the doctors will not see me. We are all criminals to them.” He smiled at her. “They think it is only fair we should be slaves, after all we are merely sub-humans to them.”
Utte hardened her lips. “They will see who is sub-human when we storm their seats of power. They are the inferior ones. We should make them the slaves.”
Heinrich smiled. “That would be equally wrong. We should work together. Remember the first tenant of the revolution. 'All men are equal.'”
The crowd of synari in the street began to reorganize. Someone was shouting instructions at them.
Heinrich put his hand to Utte's face. “Go with them. We nearly broke through in the last attack, this time you are sure to succeed.”
“But...”
“Just go, I will die a happy man, knowing that you are about to change the world.”
Utte nodded. She wiped a stream of tears from her cheek, turned and joined the crowd as they began to advance on the barricade for one last push. She picked up several bricks that were lying at the side of the road.
The crowd began to chant, “Equality for all.” As they rounded the final corner before the barricade. They gathered momentum, picking up speed until they were running faster than a human could go.
Utte realized something was wrong. The men on the barricade were not shooting.
A moment later she realized they had fled.
Others in the crowd saw the barricade was unmanned and a great cheer arose. The headlong charge turned into a celebration. The city's last line of defense was defeated, Berlin belonged to the synari, they controlled the streets in every district.
Synari men and women cheered and danced. Utte yelled herself hoarse. She hoped that Heinrich had lived long enough to hear the celebration. He might still be alive, she decided to go see, maybe he could be saved after all.
Overhead, above the noise of the crowd she could just make out the howl of aircraft engines. She looked up to see a large aeroplane, skimming the buildings above.
Moments later she felt a spatter of liquid across her exposed face and arms, as if a sudden rainstorm had arrived. She looked up, but saw no clouds in the sky. The air suddenly smelled like a bed of geraniums.
Utte's arms itched where the liquid had hit them. She scratched and tore a strip of skin off. Her arm was blistering, the itch turned to a burning sensation as though each droplet of the liquid was on fire.
Utte coughed, she sneezed, spraying blood. She realized everyone in the crowd around her was coughing and sneezing too. A spasm of coughing wracked her body, it was so intense she fell to the ground. Blood and other things came up with each cough. All around her people fell to the ground, gasping for air. Utte choked and tried to inhale, but could not draw another breath.

The second version is SO much better. The only part where you're still "telling" instead of "showing" is "Heinrich had been shot while trying to storm a blockade". That should be shown - or Utte could run up to him and see the blood (and react). Never skim over the exciting bits.

But I have a bad feeling that this whole scene is, technically, irrelevant to your main plot (except for being very sad, and very fun to read). Promotional short story link-in?

It's not actually irrelevant to the main plot. It accomplishes a few important things in the broader scope of the story and one specific role for the prologue.

First, I had beta readers who were annoyed that it took several chapters for me to really show what a synari is, this gives it in the first page. It also establishes the synari as a sympathetic group and it establishes the conflict between human and synari which forms the backdrop of the story.

The riot and subsequent gas attack also gives Elsa a chance to escape the Institute with 'her' baby unnoticed.

I suppose I could start a little earlier, with Heinrich getting shot. I'll think about that.